skip to main | skip to sidebar

I lied. I had to write another blog before the end of the year, particularly because of what's going on in D.C. with TARP money.

Treasury guru and tax cheat Tim Geithner is proudly puffing his chest proclaiming victory, as bank after bank lines up at the door to pay back TARP funds they received earlier this year. After all, this prevented a meltdown of epoch proportion and saved us all from financial ruin. And banks have stepped to the plate by paying us back, right?

Hold on Timmy. Let's re-visit the whole TARP debacle in the first place.

Those funds were issued to save failing banks and prevent insolvency, so in that respect, yes, the financial system was saved. Additionally, consider the fact that the FDIC is unable to make good on the deposits at Citi, Wells or Bank of America should one of them collapse. In this sense, TARP prevented the treasury from having to loan the FDIC another $500 billion (adding to our debt, of course.)

However, TARP funds were explicitly given to stimulate the economy through one of two methods. Banks were supposed to use the money to LEND - both to businesses and consumers. That ain't happening. The other proposal was to have banks use the funds to write off the debts as bad debts and start from scratch. That isn't happening either. If you have any doubt, just see how many foreclosures are going on nationwide and business closing are occuring.

In short, banks aren't lending anymore today than they were a year ago.

Instead, banks used the funds to prop up their balance sheets, or in some instance (cough...cough... PNC) buy weaker banks at a 0% interest rate.

Now the banks are proudly stepping up to the plate to payback those funds! Yippee skippy! This is good, right?

Maybe not. The reason Citi, Wells and BOA are so happy to payback the TARP funds is because if they don't, they will have their compensation capped. (cue 'crickets chirping in background noise' here....)

Yep. We're passing legislation that caps compensation to firms that accepted TARP or TALF monies. So what is any good CEO and/or board of directors to do? Pay the damn loan back, that's what! Otherwise, bonuses become obsolete and second homes need to be sold, girlfriends need to be dumped and yachts need to be crashed into the rocks.

So Citi and others are paying at back. They're doing it, of course, by issuing more worthless shares of stock that for some reason, investors are purchasing. Can't anyone read a balance sheet anymore and realize that banks are supposed to make money by making loans? Think about it for a minute. If Krispy Kreme stops selling donuts, is their stock worth very much? So why would BOA, Wells, etc. be worth anything if they aren't making quality loans or they haven't written the bad loans off and basically started over?

The irony, of course, is that we still proclaim victory and that the banks are acting admirably. That's crap and everyone knows it. Tax payers gave them free money for a year and now that they are demanding retribution, the banks are more than ready to give something back to the community. Give me a break.

Please do me a personal favor this Christmas. Take a small sum out of your large bank (if they accepted govt. money) and place it in the local bank that actually knows your name and address - one that didn't accept funds from Tim Geithner. You know the one. The bank president probably sits next to you at church or your kids plays soccer with the VP of lending's kid on Saturday. Stick it to the big banks.

Now they want to take the extra $200 billion and create jobs. Here's a novel concept. Give it back to me and my buddies who fronted it in the first place. Best estimates show that about 150 million of us pay taxes annually. Split the $200 billion up and mail us each a check. That way all of us would get a NON-TAXABLE check for about $1300, or $2600 for a married couple. It's our money anyway. Imagine how far $2600 would go for your family. I know ours would enjoy a much merrier Christmas, as we'd... GASP.... SHOP. Stimulating the economy on our own without the help of D.C.

This is bad, folks. Even for a professor who is supposed to be enjoying his month vacation. My blood pressure is almost above normal which isn't good for a guy that's trying to be Jimmy Buffett.
Posted by Henry and Christian at 8:47 AM

Thanks for your insights, Professor Ola. As usual, you are right on track. Couldn't you have waited 'til after Christmas (when we get our credit card bills) to depress us? Just kidding. We both know this is bad, and it needs to be said. 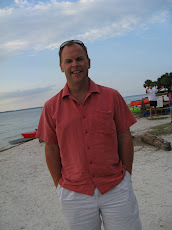 Guiding you through tides of change

Henry and Christian
Henry and Christian serve in multiple capacities within industry, education, business ownership, politics and consulting. Lifelong residents of Western PA, both understand the complexities that accompany running a business in the area. With combined experience of over 60 years, they've learned a lot and are eager to share this forum with you to collaborate on positive solutions that have long-term benefits for the area.